The importance of mental health

The project WE ARE STRONG is about the importance of mental health. It is about raising awareness and showing, that no one should ever feel alone or ashamed when struggling with mental illnesses. It is a topic that is very important and present in today’s world but there are still a lot of people who know nothing about it. Some of them maybe struggle with mental illnesses themselves without even knowing because it is often hard to admit that you have problems. In reality everyday life puts a lot of stress and pressure on all of us which makes it easier to slip into a circulation of struggles.

To be able to bring that topic closer to people and give a better understanding the campaign portraits the problem trying to make the invisible fight with yourself more understandable for people around someone who is suffering from mental illness. Looking at the book which gives an inside on facts and information about mental health and why it is so important to finally make people more aware of this topic it is created in an easy form with illustrations.

If you fight mental illnesses everyday then you are an urban warrior.

That assignment was to create a project for the topic "Urban Warrior". The final projects would then be shown at an exhibition. Before figuring out in what direction the topic „Urban Warrior“ will take me I set down and did some research. There are everyday heroes like firefighters and doctors, or the nature which is fighting back against the civilization. Although nature and the environment seemed like a good idea the main thing this project was about for me, was the human being in the urban area. That is when the idea of creating a campaign to raise awareness about mental health was born.

As mentioned before the idea of mental health awareness came to my mind because it is a very prominent topic in todays society and also hearing more than once before that someone is struggling for example with burn-out from work or depression. Although a lot of people are affected the impression is given of that it is a taboo topic in todays society. People are more focused on their outer appearance than focusing on their mental health even tough mental health and physical health go hand in hand.

I wanted to use my knowledge to create something that sums up this information and gives an easy understandable inside in the world of someone struggling with mental illness. After having a rough idea in what direction I wanted to go I came up with the idea of creating a poster campaign with a small informative booklet, both raising awareness and can be used as prevention or for information at for example workplaces where humans are often confronted with stress and pressure, feel misunderstood or unheard and can easily slip into burnout or depression.

The concept of the project „WE ARE STRONG“ is to bring awareness to the people. The project is targeted to everyone out there who needs to improve their own mental health or when already facing mental health problems to support them. The concept was to have three main parts in the campaign. First of all to explain the topic while giving facts and figures, followed by visualizations that make everyone understand the topic better, no matter the age and third to make people aware that their mental health is as important as their physical health because they go hand in hand. When the concept was written I created a project plan to have an overview of the work and the important milestones planned out.

To be able to visualize the project I created two posters and a booklet. The first poster shows the cover of the booklet and the second one shows a call to action „Let‘s talk about mental illness“ and gives ten tips to improve your own mental health. 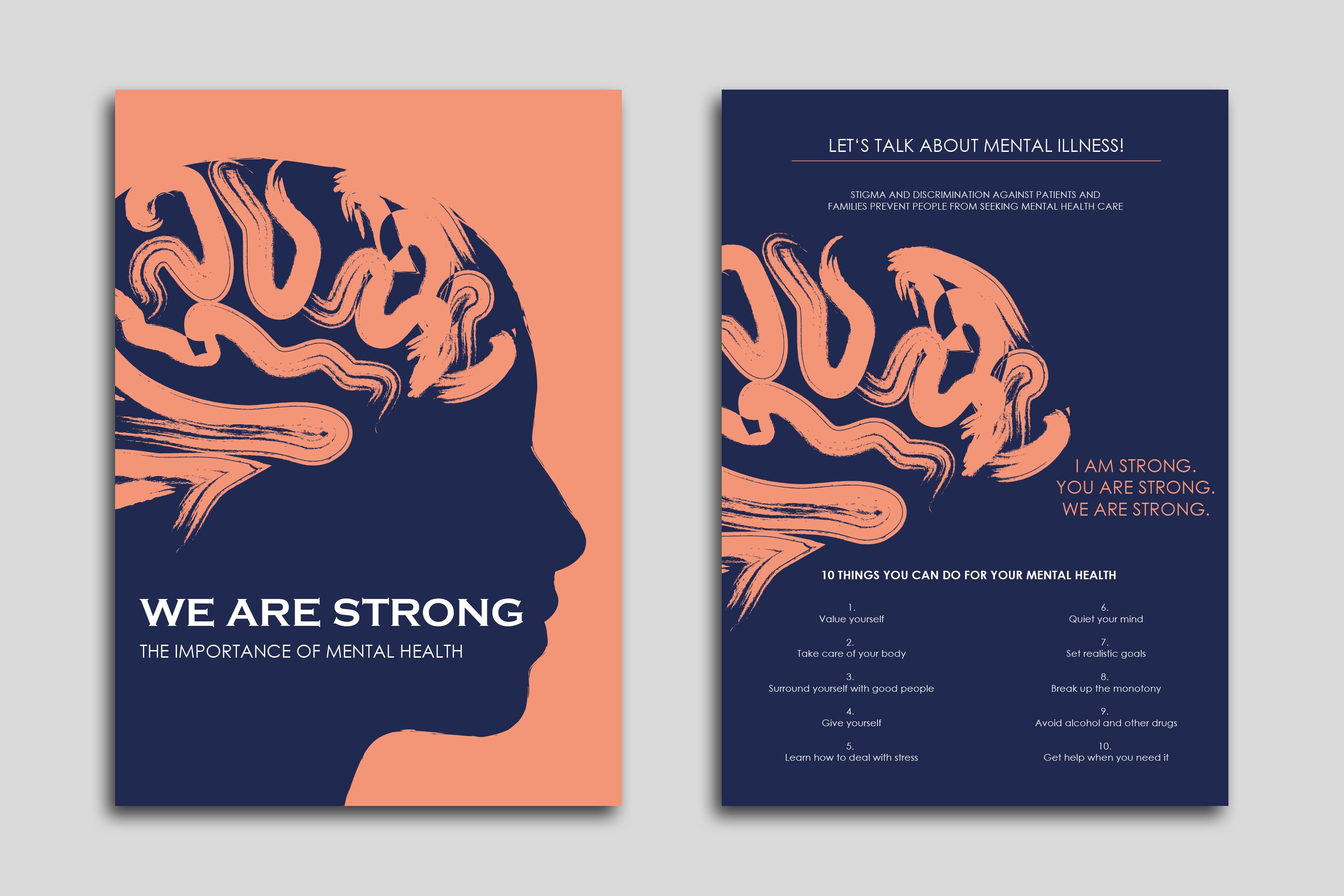 The booklet consists of three different categories. First there are ten facts about mental illness to roughly understand the seriousness of the topic, followed by illustrations that are created with only nine different colors in a very minimalistic style. The illustrations show different situations that people with mental illness face every day and also gives the opportunity to reflect your own life asking yourself if you were in multiple scenarios before. The images show people without faces. That was made on purpose because I didn‘t want to show emotions through the faces to avoid putting the focus point there. The last part of the book is made for everyone out there and is supposed to help improve your mental health. Ten things that everyone can implement in their life to keep being healthy. The fonts that were used in the project, the posters and the booklet are "Century Gothic" and "Copperplate Gothic Bold". 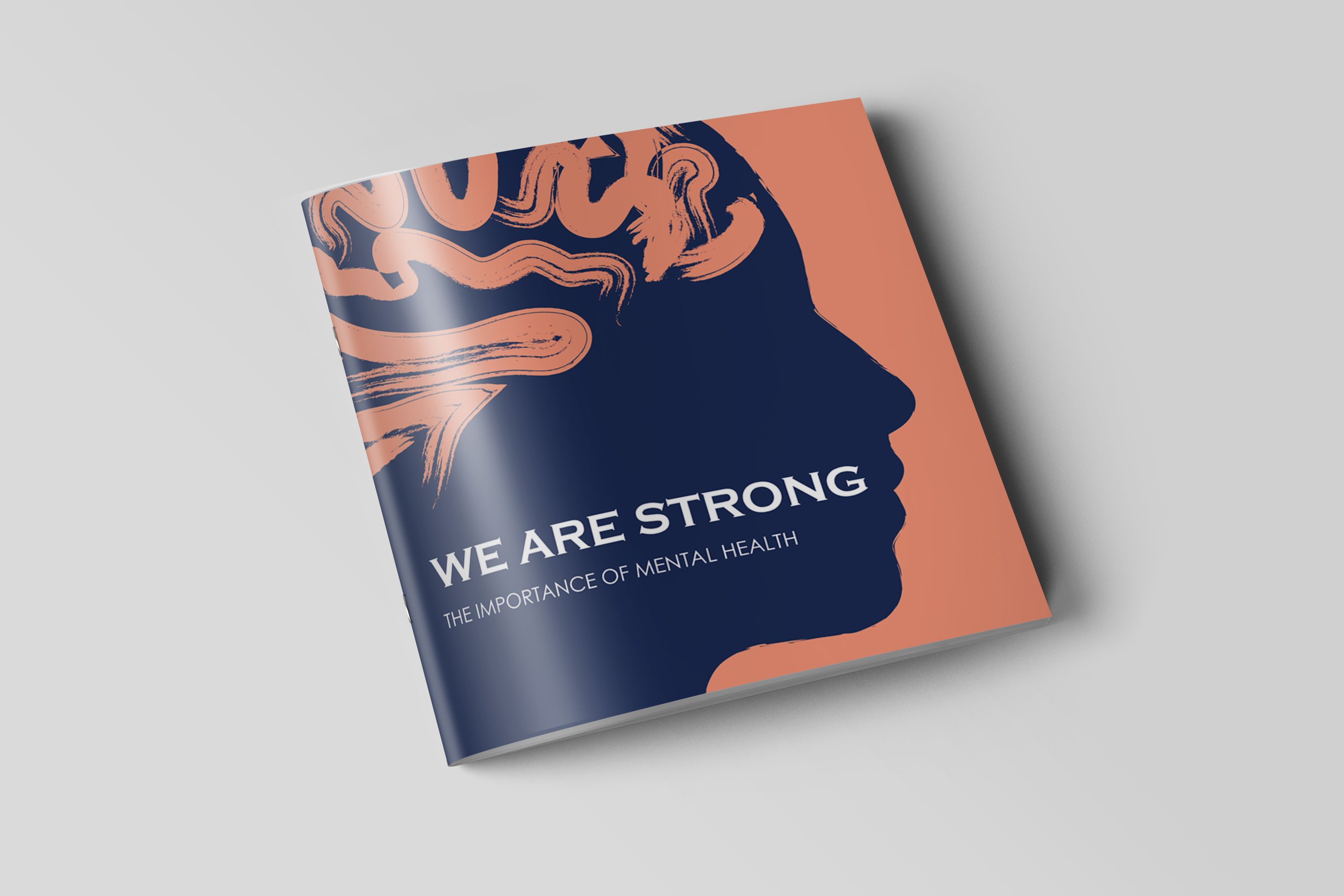 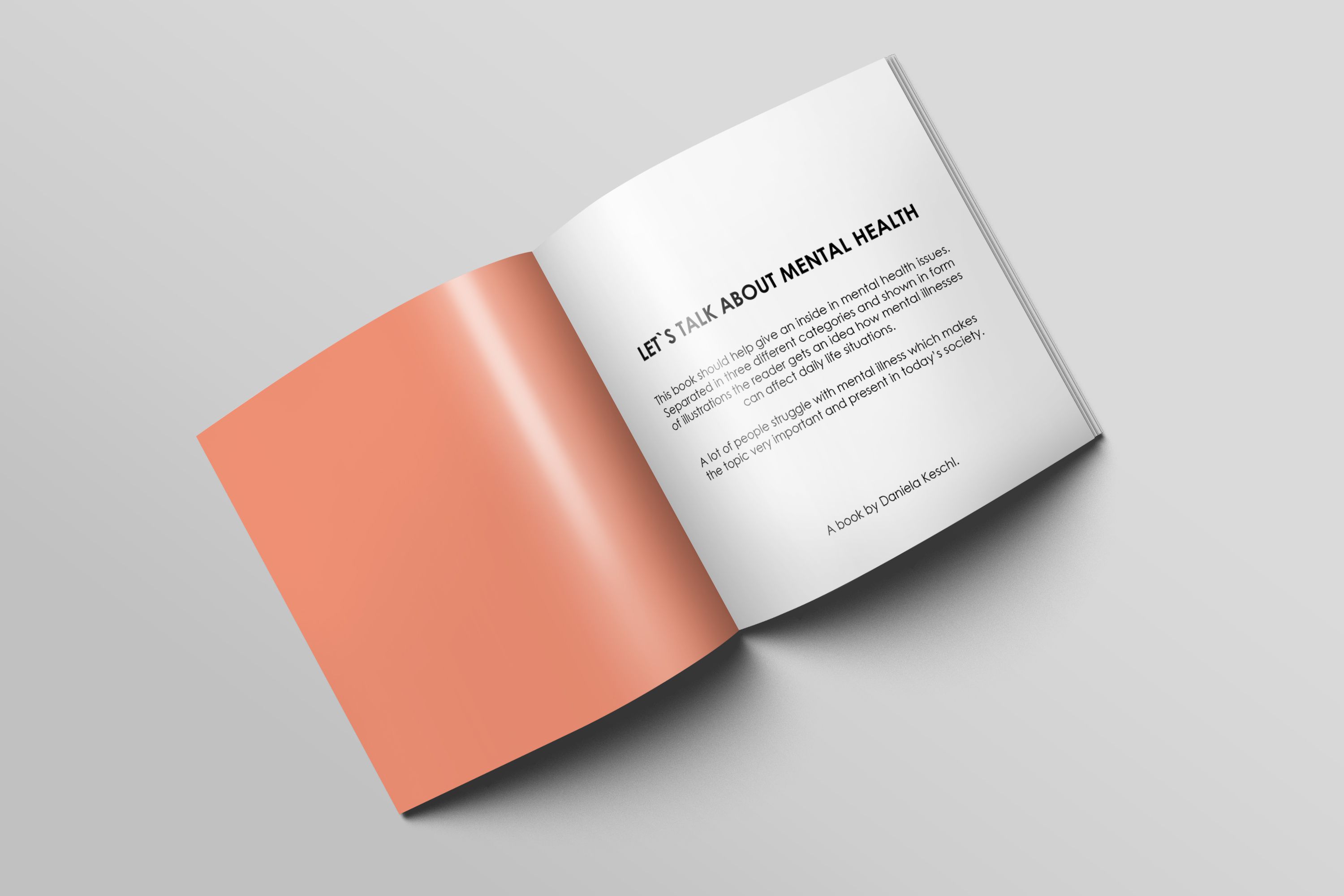 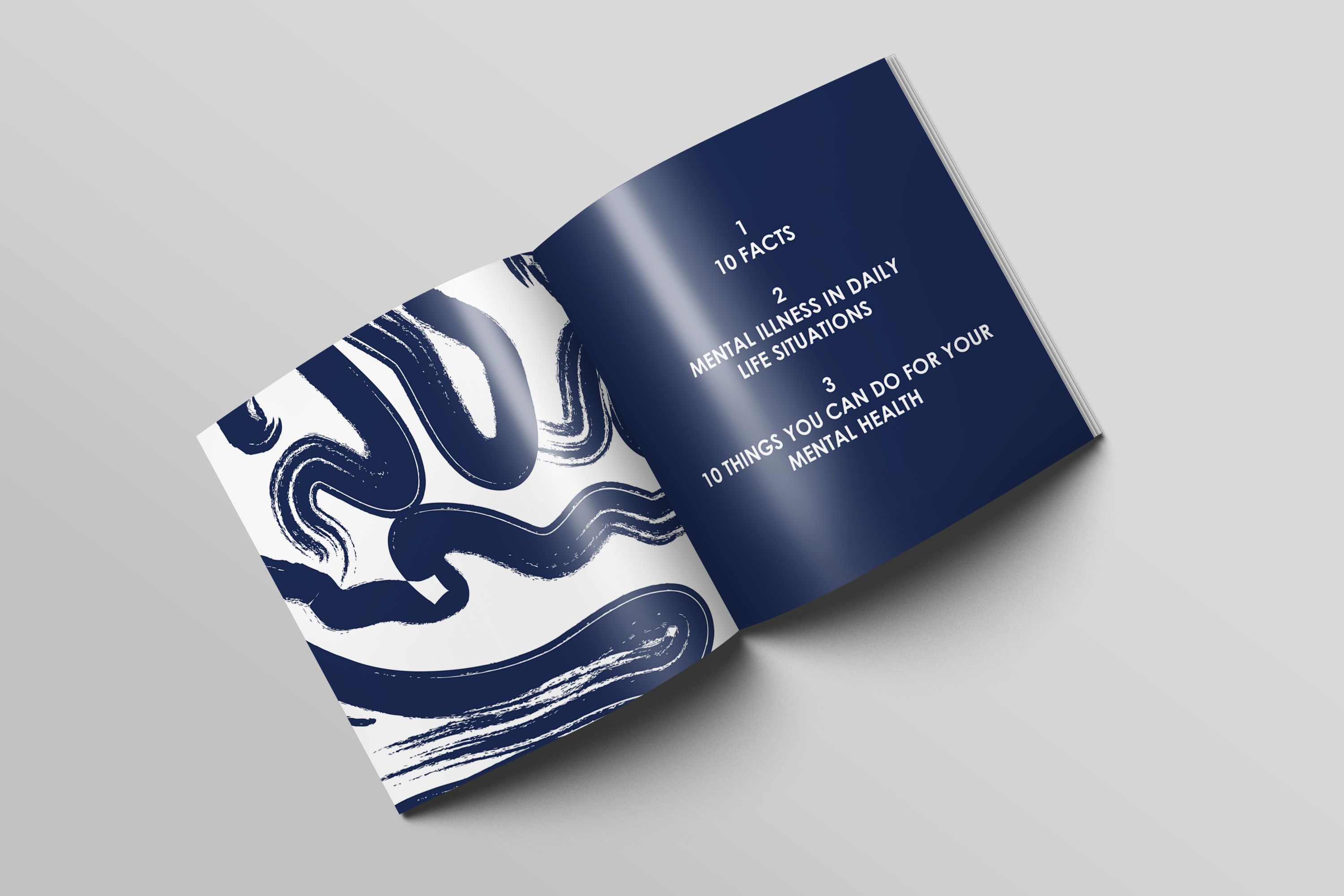 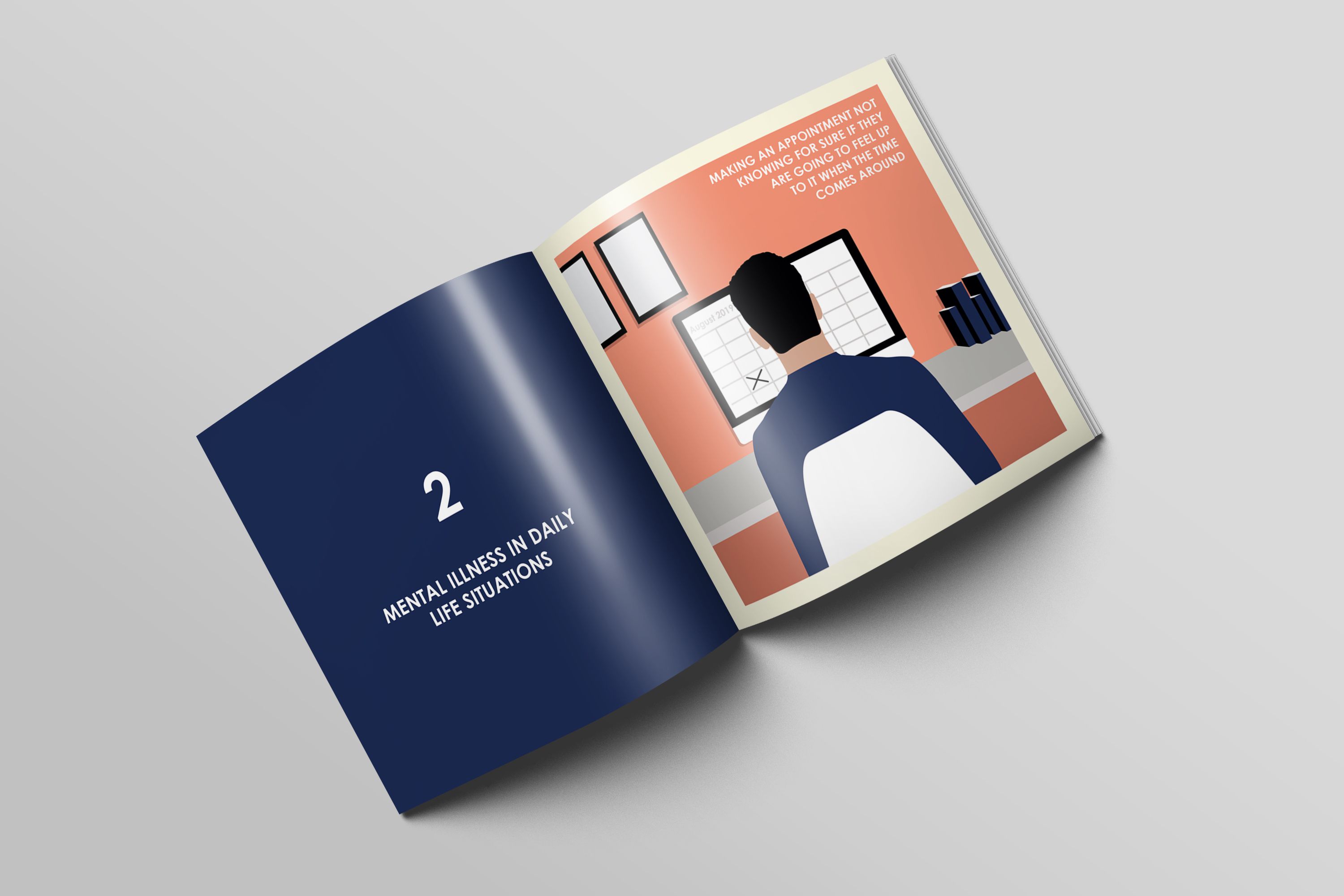 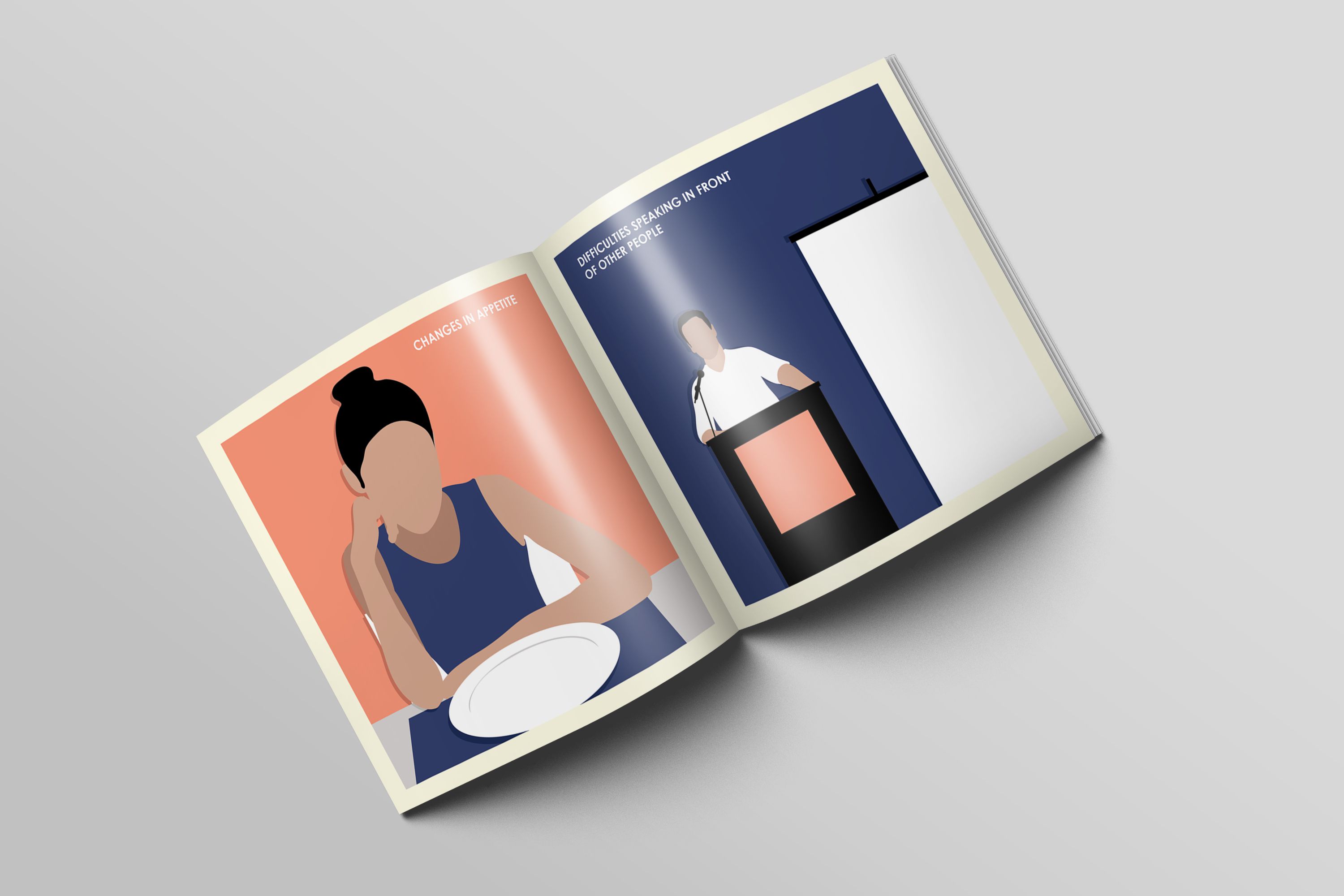 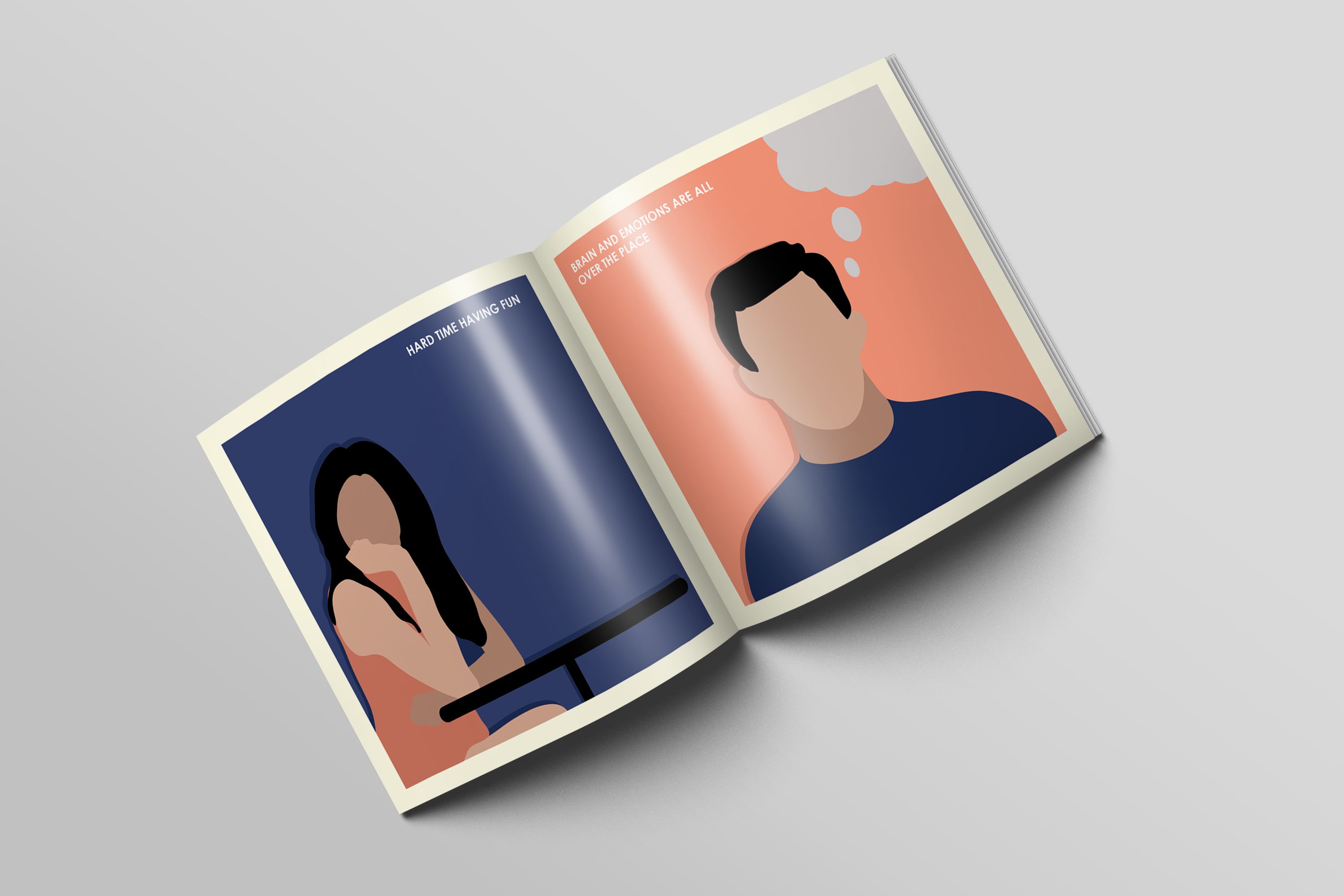 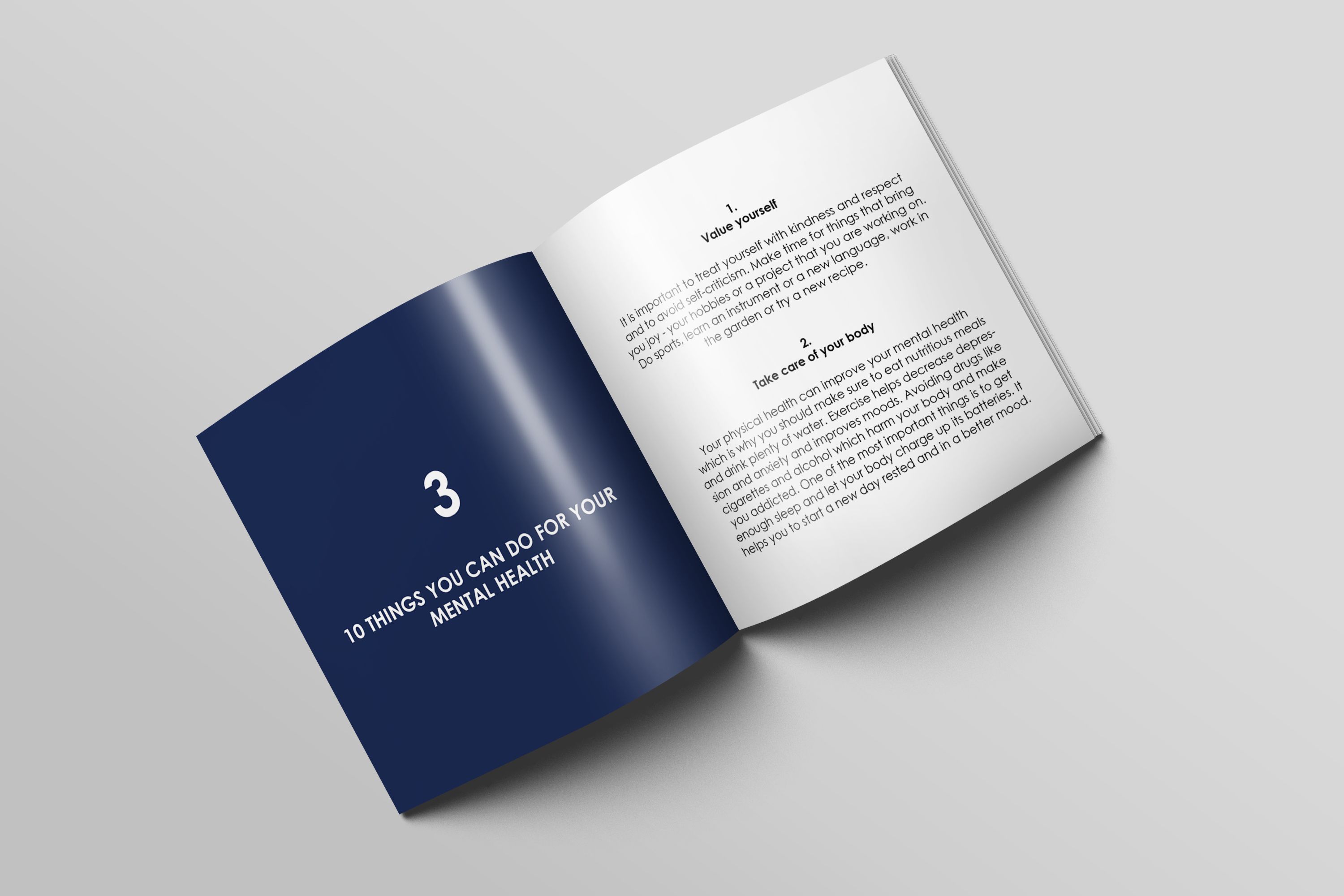 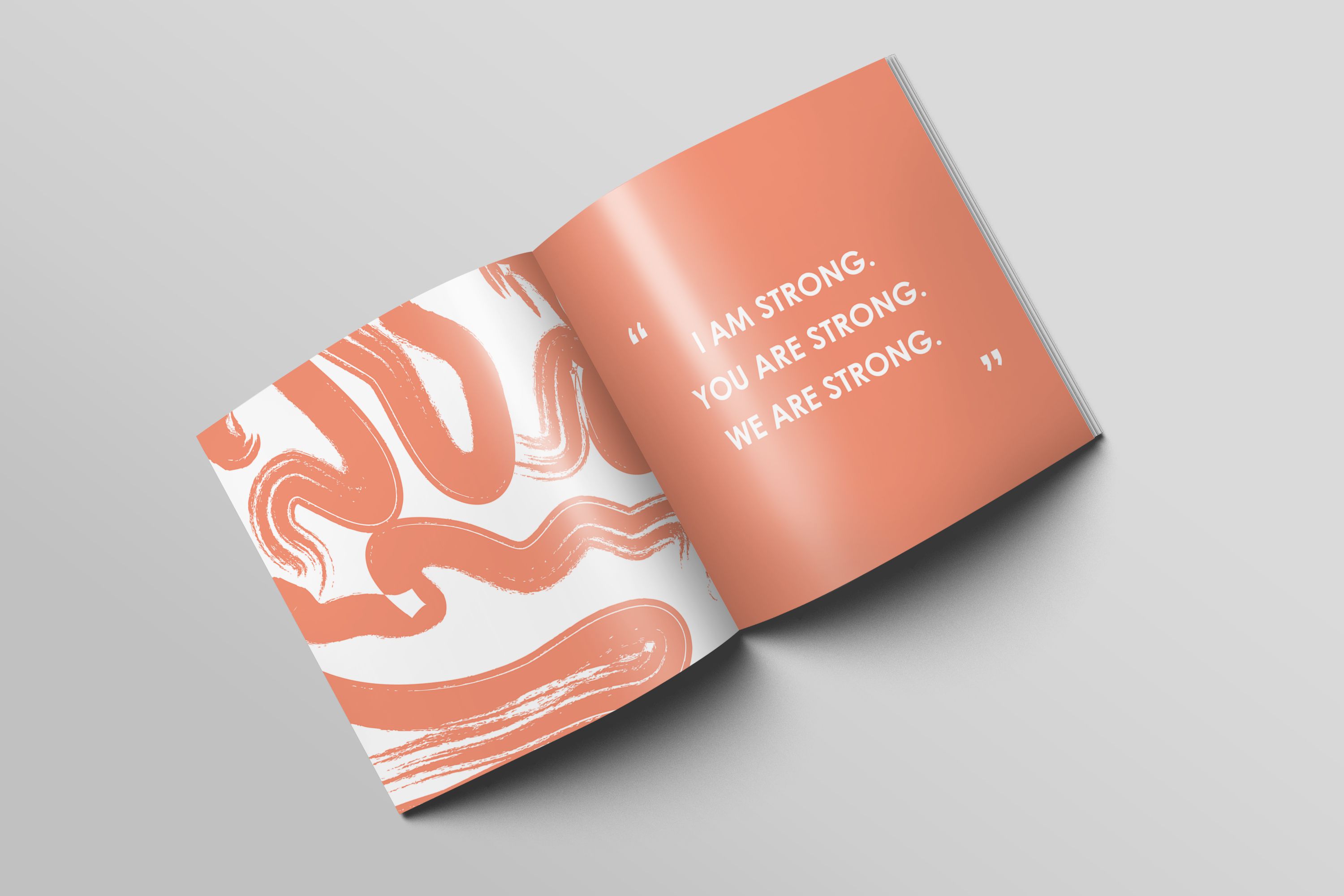 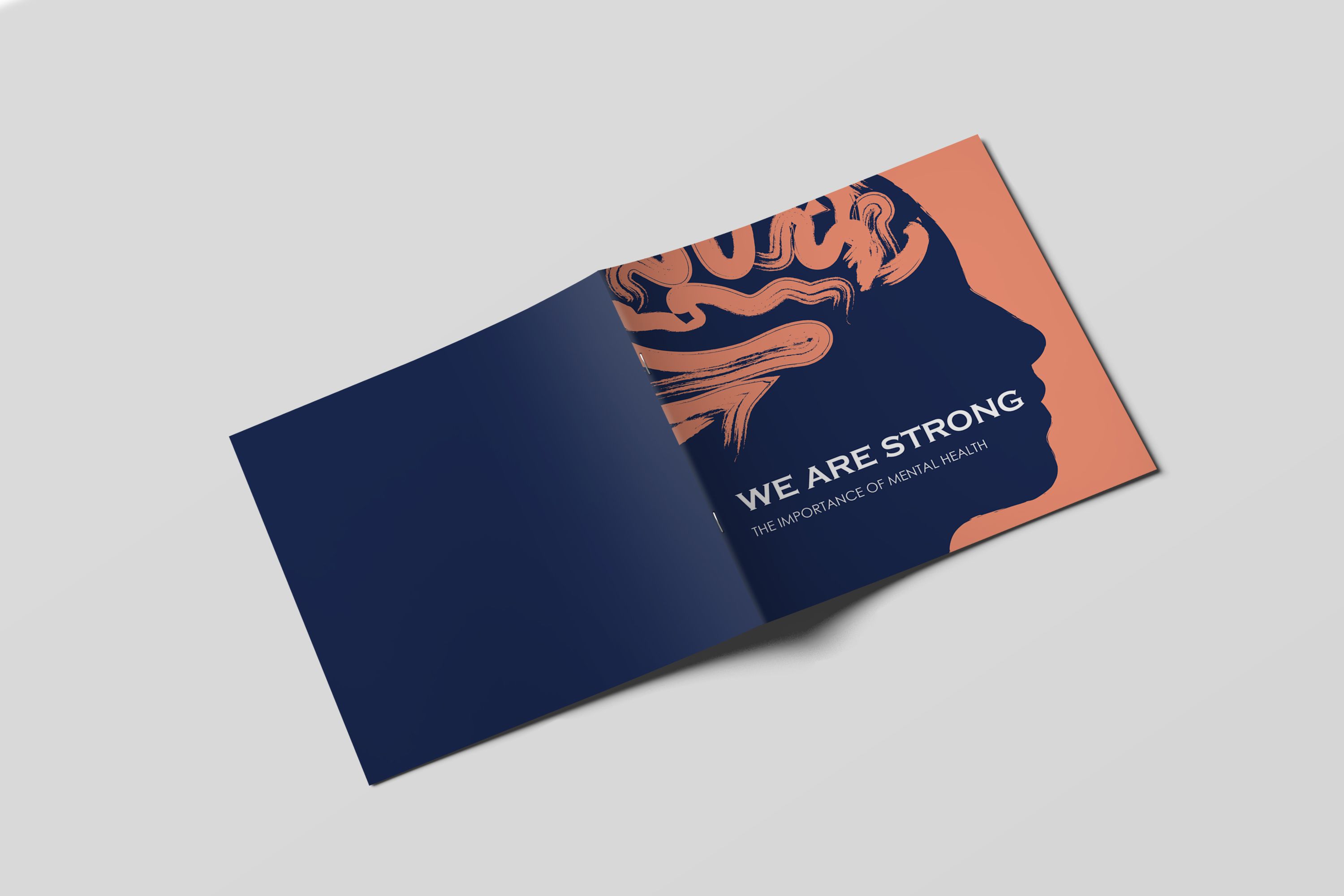 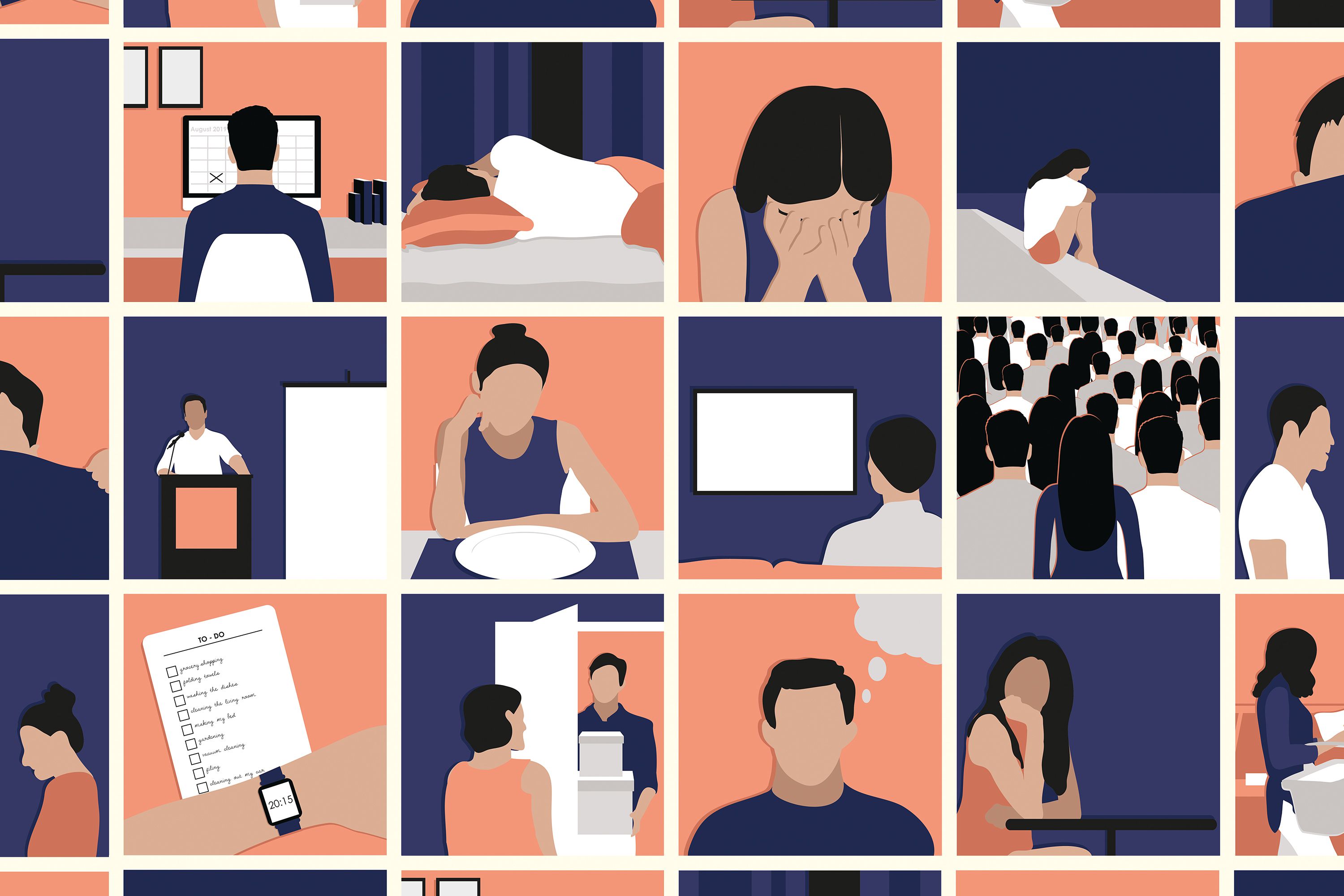 Finally the project was shown at our student exhibition in Cologne where over 80 participants of the courses "Graphic Design", "Photography" and "Fashion Design" showed their work representing the topic "Urban Warrior". The set up took place one day before the exhibition. For my project I needed a wall and a table. In the following photographs one can see my set up for the exhibition where I stuck the posters and the project statement to the wall. The books, two copies of the book and the critical workbook, were placed on the table in front of the wall. On of the books was open to show the illustrations that are inside the book and to motivate onlookers to take the book and flip through it. The exhibition visualization which was created beforehand, worked out the way it was planned. There was enough room to not give the impression of an overfilled space, putting the focus on the project and letting the artefacts speak for themselves. 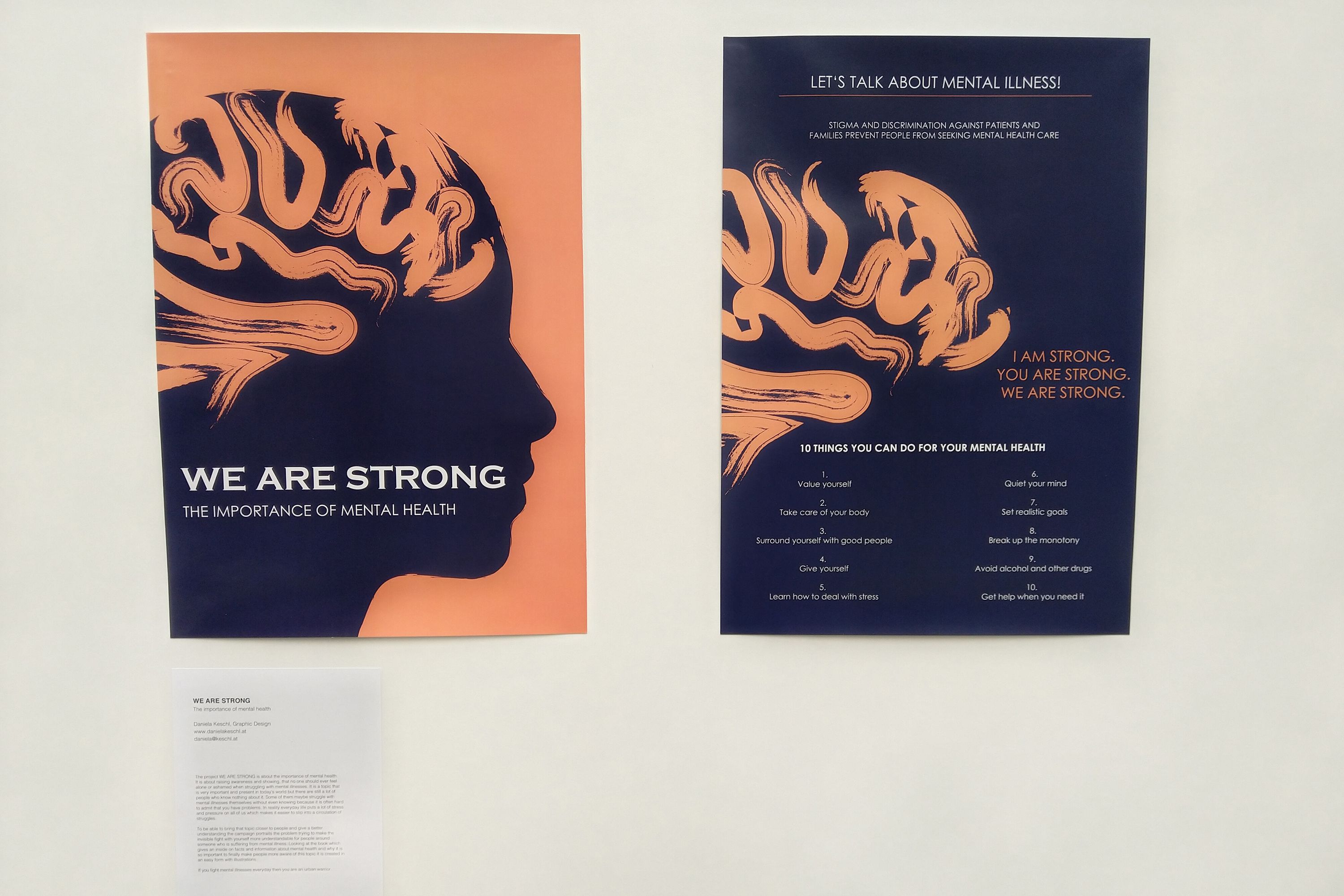 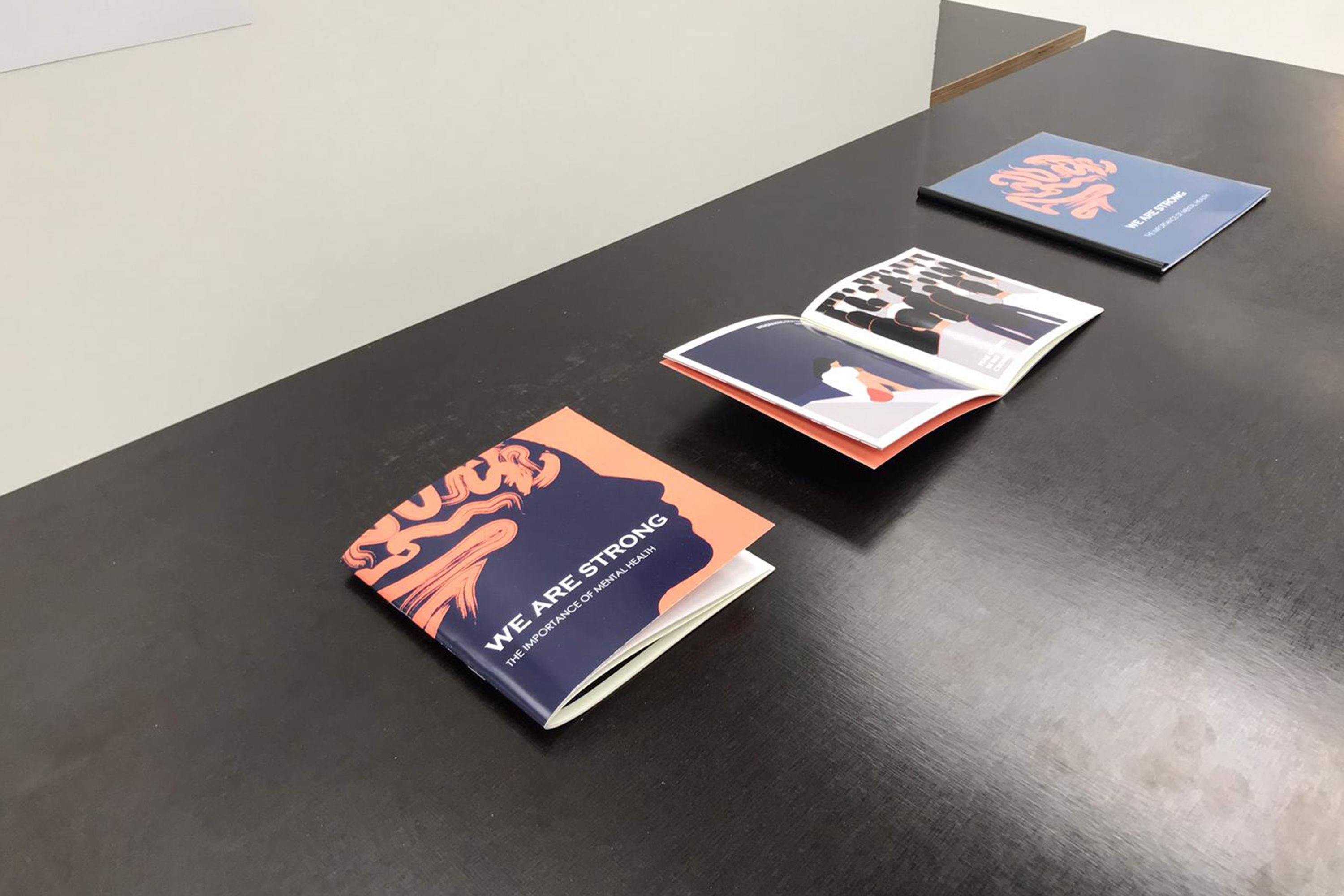 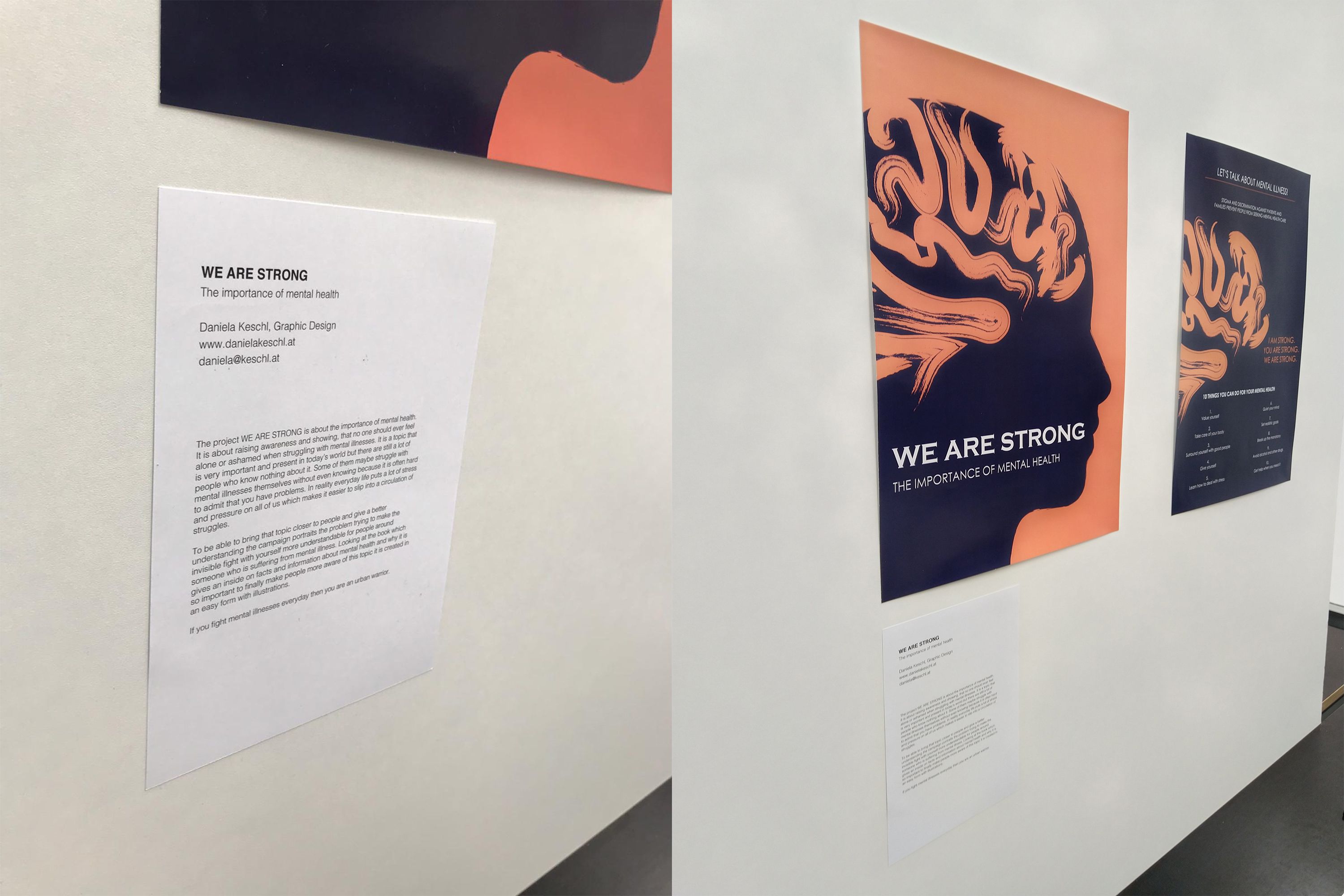 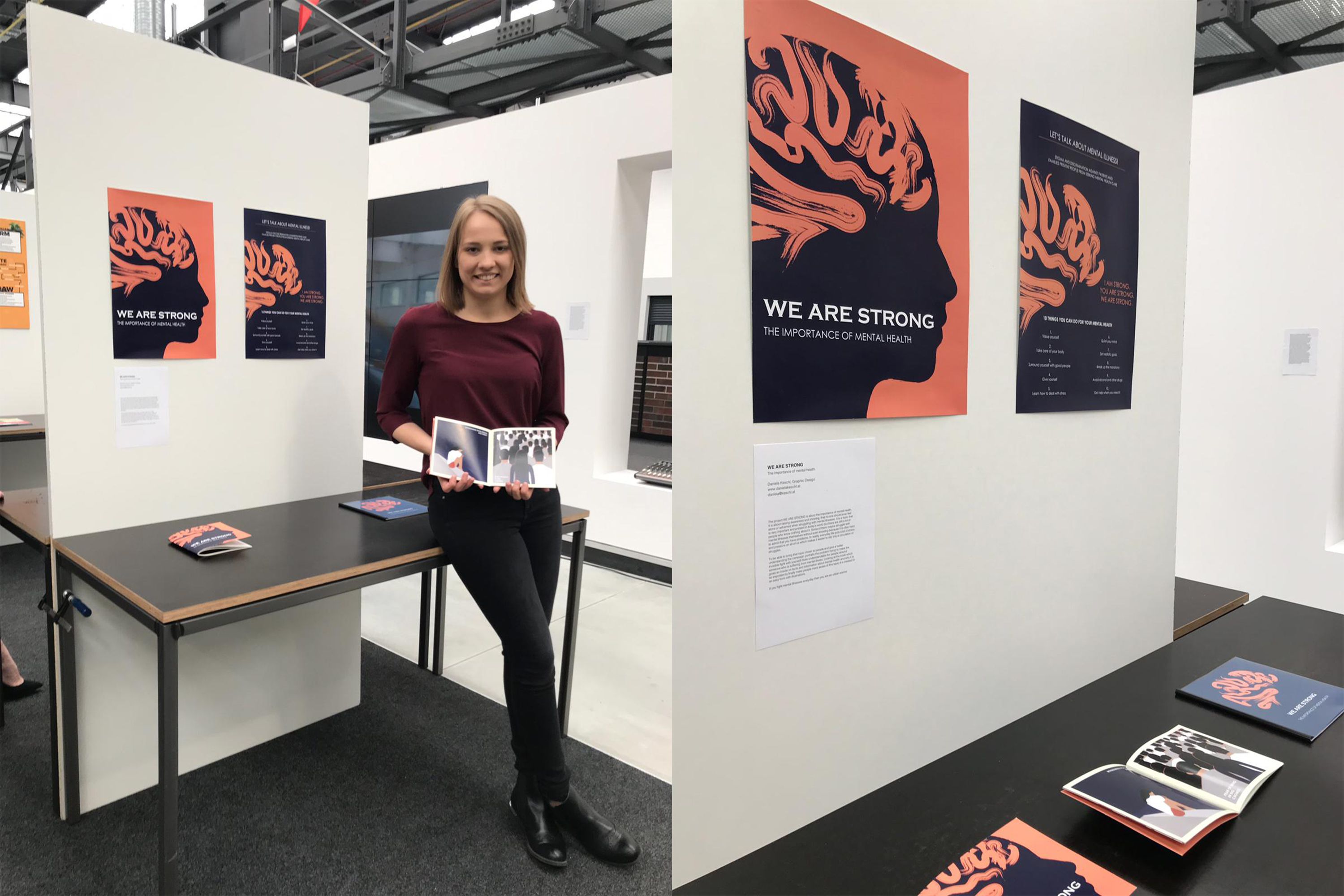